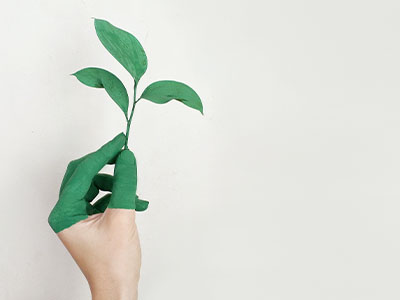 The UK is making rapid progress on renewable power generation, but we continue to miss huge opportunities in buildings, according to Lochinvar’s Liam Elmore.

As families across the country were sitting down for their Easter Bank Holiday lunches, the UK’s electricity grid hit a new landmark. It was, for the period of a few hours, the greenest it had ever been.

A combination of sunny and windy weather coupled with low demand for power with so many people on holiday meant low-carbon energy sources made up almost 80% of the nation’s power.

There was no coal generation on the grid and just 10% of power was produced by gas, according to the National Grid operator, which added that levels of carbon for each unit of electricity dropped to just 39 grams.

This was the culmination of a steady drop in dependence on fossil fuels to generate electricity that has been gathering pace since last year. Last month just 37% of grid power was generated by gas and last year the country operated for 68 days continuously without any coal-generated electricity. Christmas Day was coal free for the first time since the industrial revolution.

This marks fantastic progress in our drive to decarbonise many parts of our economy, homes, and public spaces. However, we could be doing even better if we took up all the energy and carbon saving opportunities available from our built environment, which contributes around 40% of the UK’s total carbon footprint.

The current focus on improving quality in buildings is primarily, and rightly, fixed on safety in the aftermath of the Grenfell disaster and the subsequent Hackitt Review. However, much of that debate has included an agreement that we need to get back to ‘basics’ on a number of fronts including the sound engineering principles that used to underpin long-term building performance.

Poor energy performance is often the most obvious symptom of a building that is generally not fit for purpose. Also, without huge improvements to the energy efficiency of thousands of commercial and industrial buildings the country will not achieve its low carbon goals.

A new report from the London Energy Transformation Initiative (LETI) has also highlighted the importance of concentrating on the most practical and cost-effective solutions. For example, they studied the viability of converting the gas grid to hydrogen to help decarbonise heat, but found that simply accelerating the deployment of heat pumps would be far quicker and cheaper.

LETI concluded that hydrogen supplied via the gas grid was only between a third and one sixth as efficient as simpler alternatives and would not be economically viable for some time because it depends on the country significantly increasing its carbon capture and storage capacity.

However, addressing the energy performance of existing buildings can unlock millions of pounds worth of savings quickly and at a fraction of the cost. That is not to say we should not be pursuing alternative power solutions, but we can make quicker progress in the meantime if we improve what is already in place and speed up the solutions that are already widely available like heat pumps.

The current consultation on revisions to Part L of the Building Regulations and the development of the new Future Buildings Standard is an opportunity to embed meaningful mechanisms for measuring, monitoring, and improving energy efficiency particularly through the retrofit of existing buildings.

Better use of data to measure performance will also help us better inform clients about what is the most appropriate and economically feasible solution for their building. Helping end users to understand, manage, and interact with engineering solutions will be critical in determining whether we reach net zero or not.

The government’s Industrial Decarbonisation Strategy is also a great opportunity. Schools, hospitals, and other public buildings are at the heart of this initiative, which aims to reduce carbon emissions from buildings by two thirds in 15 years. The strategy has already allocated almost £1bn to 429 retrofit projects across England and Wales and is promoting the uptake of low carbon solutions like heat pumps, solar power, and insulation.

Business and Energy Secretary Kwasi Kwarteng said the plan would create and support up to 80,000 jobs over the next three decades. He also said the government would also introduce new rules for measuring the energy and carbon performance of the largest commercial and industrial buildings that could save businesses around £2bn per year in energy costs by 2030.

In the long-term, the government believes the plan can lead to a 90% cut in emissions by 2050 compared to 2018 levels. It also opens up huge possibilities for the electrification of heat – and the most efficient way to use electricity for heating is by having heat pumps as the main source of heat transfer to buildings.

A good way to approach this challenge is to use heat pumps in tandem with other high efficiency technologies such as high efficiency gas-fired boilers and direct gas-fired water heaters. This ‘hybrid’ or integrated concept has also strengthened the case for wider use of heat pumps in retrofit projects because they avoid the potentially disruptive and costly process of replacing other system components.

Heat pumps can also be installed as part of multi-valent systems where energy is gathered from a number of separate sources which can include other renewable technologies such as solar thermal along with high efficiency condensing gas-fired boilers and/or water heaters.

In such a system, the use of a properly sized thermal store becomes the critical element. The use of a thermal store/buffer vessel capable of accepting multiple energy sources, in tandem with the latest heat pump technology, allows the design engineer to provide an extremely flexible, but high output solution.

The thermal store, effectively, acts as a large, low resistance header that can accept heat from multiple sources. This smooths out the system capacity to maximize efficiency. It also minimises legionella risk because it does not store domestic hot water.

Integrating technologies in this way requires good control strategies and a thorough commissioning process to ensure the various parts of the system work in correct sequence. The system should be set up to ensure the renewable/low carbon technologies are the first to respond to any call for heating and hot water; with gas-fired boilers only there to provide back-up.

Integrated/hybrid solutions are clearly proving popular with specifiers and end users because they are an excellent way to meet performance targets at a lower capital cost than going for a totally renewable option. They deliver a faster return on investment for commercial building owners, which means they are more likely to be taken up on a greater scale and, therefore, will deliver more energy and carbon reductions in the long-term.

Hybrids also reduce running costs and extend the operating life of the equipment by only using the gas-fired products in back-up mode. This is another key to reducing carbon. If you have to replace products on a regular basis, you will increase your overall carbon footprint significantly.

In other words, another example of good ‘back to basics’ engineering that can take us further along the road towards a net zero carbon future.

If you have any questions or queries regarding anything raised in this article please contact Liam Elmore on lelmore@lochinvar.ltd.uk.