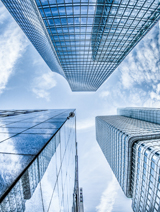 Employers were already putting a lot more effort into safeguarding the mental and physical well-being of their workforces even before the pandemic. As people return to the office, building services will play a key role in providing reassurance and safety, according to Product Manager at Lochinvar, Steve Addis.

Many people will, understandably, be anxious as they return to offices and other places of work so providing reassurance is going to be important. This has clear implications for the role of building services systems.

For building owners and commercial landlords, re-starting office buildings that have been largely unoccupied, or only had a handful of staff working in them, will be the first order of business. Although the UK has opened up during the summer months, we will shortly be entering heating season, so it’s important to ensure that boilers and water heaters are functioning correctly.

While the past 18 months have been far from business as usual, they have created a potential opportunity to consider re-commissioning heating and hot water systems. One of the benefits of this process is that problems can be spotted and dealt with early.

It is also likely in some organisations that working from home will become a more regular trend making building occupancy levels much more fluid than in the past. Recommissioning could allow for re-setting of controls and timers to suit new patterns of working and keep the heating and hot water systems operating energy efficiently.

We should also be extremely mindful of direct risks to health and safety such as the possible build up of legionella in water systems that have been dormant for some months. A key part of any recommissioning strategy should pay close attention to the Health & Safety Executive’s L8 guidance.

This issue has already hit the headlines with Thameslink being threatened with potential strike action over legionella risks detected in some of its trains. Not to be taken lightly!

For some building owners, the mothballing and reactivation of a building might also present an ideal time to consider a complete refurbishment and upgrade of heating and hot water systems. This will help to keep occupants comfortable, improve energy efficiency (especially in older buildings) and perhaps allow for adoption of low-carbon technologies such as heat pumps.

The government has due to introduce its proposed UK Heating Strategy soon, but there have already been successful support mechanisms in place for a switch to low-carbon heating. For example, the Public Sector Decarbonisation Scheme (operated by Salix) has completed its second tranche of grants for eligible buildings, and this may be extended in the future.

While health and wellbeing are an important focus for building owners, reducing carbon from the built environment is very much at the forefront of government policy.

The Future Buildings Standard was published by government earlier this year and sets out potential policies for making buildings more energy efficient and less reliant on fossil fuels.

Although updates to Part L of the Building Regulations are not due to be introduced until 2022, it is already clear from proposals that government intends to push hard on mechanisms such as MEES (Minimum Energy Efficiency Standards) for commercial buildings.

Currently, MEES rules require a minimum EPC (Energy Performance Certificate) rating for a commercial building of E. A commercial landlord cannot lease a property that only achieves an F or G rating. However, it is highly likely that this minimum will be raised to a C or B in the next few years. Since HVAC equipment is such a large energy user in commercial buildings, updating key services such as heating and hot water could be a wise investment for future-proofing the value of commercial property.

The danger is that many commercial buildings could become so-called ‘stranded assets’ because if they fail to achieve EPC ratings of E and above they will no longer be lettable. According to the real estate management firm Colliers this could affect more than 10% of all London office buildings, for example.

Tom Wildash, the company’s co-head of office leasing was recently quoted in the Financial Times: “If you are sitting in a building that’s below an E rating and you want to get to a B rating, that’s a substantial bit of refurbishment. There will be a lot of people who haven’t been prepared and don’t have the appetite or experience to do it,” he said.

Retrofitting existing buildings to make them more sustainable could cost developers about £200 per square foot compared with £300 per foot to build from scratch. Higher MEES for commercial premises could lead to many having to be demolished. As well as being more expensive, rebuilding from scratch has major embodied carbon implications, which also flies in the face of the government’s net zero ambitions.

Helping to create environments that give occupants a sense of security, safety and normality while also addressing longer term carbon goals is a great way for our industry to contribute to the country’s economic revival. Buildings play a crucial role in our everyday lives, from offices to shops and schools, so making sure they are ready for reopening is a big step towards getting our economy back on track.

But perhaps even more importantly than that, energy efficient technologies can help us deal with our environmental challenges. As the UK hosts this year’s UN COP26 conference on climate change in November, it seems appropriate to focus on a more sustainable future. Now is the time to put energy efficient and low-carbon building services at the top of the agenda.

If you have any questions about anything arising from this article you can contact Steve Addis on saddis@lochinvar.ltd.uk.

You can also contact our sales team with any project related enquiries here.